Er, can I have a word? An infrequent survey of current usage. 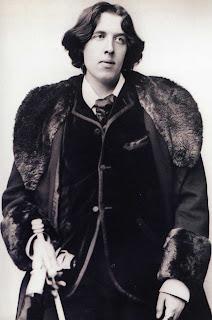 Perhaps such flippancy evolves to mitigate against the harsh reality. If it does, then maybe, at the other end of the life cycle, we can all look forward to being 'ecologically redeployed'?

Now that 'access' has become a verb (We used to 'gain access' to computers. Now we just 'access' them.), I notice that 'across', too, is undergoing a change of meaning. Most often used to indicate the position of something or someone as being opposite, the word now has the corporate and media meaning of 'being dealt with by'. So, reporters are 'across' a particular news topic or managers are 'across' a matter requiring action. A few years ago, we had everybody 'going forward' - a rather meaningless phrase that was calculated to convey a dynamic situation and used gratuitously by questers everywhere. Now these same intrepid souls are 'across' things. I think the word carries a certain low-level, or implied, sexual connotation. It's certainly more fun to put that spin on the word when you hear it being mindlessly repeated at meetings or on the 6 o'clock news.

I notice too, that rather like Mozart's music having 'too many notes' (From 'Amadeus'), some words just have too many syllables for broadcasters. The chief trouble-maker here is 'regularly'. Sports broadcasters, specifically, seem to prefer 'reguly' - whose three syllables no doubt trip off the tongue more readily than the four syllables of the legitimate word. However, the savings made in such abbreviations can be expended on those occasions when those same broadcasters feel the need to describe a whole-hearted effort as being '110%'.  I would have thought '100%' a perfect way to describe the effort made by a dedicated athlete. The extra 10% utterly compromises the intent both philosophically and mathematically. But in a world where it really isn't done to signify agreement with a simple 'yes' but to say 'absolutely' with herculean determination as frequently as possible, hyperbole rules and litotes is held prisoner in the deepest dungeon.
Posted by Alan Stuart at 8:51 PM