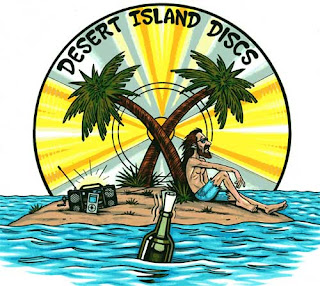 I wondered, having been around the block more than a few times, whether I could now make the definitive, scrupulously honest, pared-down list of albums that I'd need to survive over time, emotionally, on a desert island. It seemed to me that most of the lists I'd made, or those I'd seen made by others, were 'best' or 'greatest' and not necessarily what you'd save in a fire or take with you on 'Survivor'. Most of all, these lists, I think, are made for others to read and be impressed or provoked by.
So, what follows are details of the 5 albums that would sustain me on this notional island until Friday arrived. The criteria around selection were; Select 10 albums initially and then reduce the list to 5 (which placed a greater burden of honesty on me); No so-called classical music- that is orchestral or chamber music- simply because that would make the exercise impossible for me; And, yeah, complete honesty - no posing.

In no particular order, here are the 5 albums; 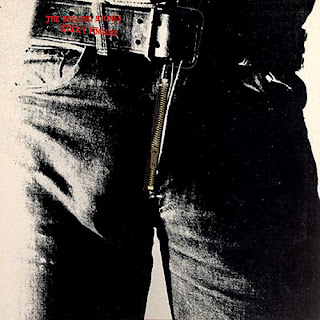 The first album the band released after their departure from Decca and the first album not to have any contribution from Brian Jones. Mick Taylor, who replaced Jones, makes his first album-length appearance. The idea for the cover came from Andy Warhol and speculation still rages around exactly whose crotch that is.
Arguably, the greatest rock album ever, each track, from Brown Sugar to Moonlight Mile reveals new delights upon repeated listening. Mick's vocals are at their most able and Charlie Watts lays claim to being the Prince of Drummers. Moonlight Mile, in particular, reaches sublime heights as its haunting melody uncovers a ravaged tale. One for the ages. 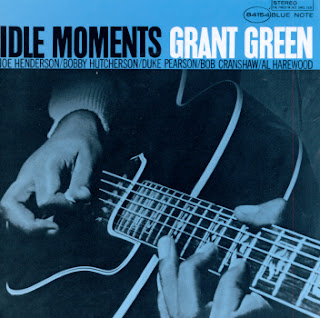 Steeped in the St Louis tradition of blues, guitarist Green brings a deceptively simple-but urging -quality to this Blue Note album that was released at a time when America was still reeling from the shock of John Kennedy's assassination.
I have to confess that this album is here mostly because of the nearly-15 minute long title track. Its synthesis of Green's gently persuasive guitar, Bobby Hutcherson's plangent vibraphone, Joe Henderson's sinuous tenor and Duke Pearson's sympathetic piano is, for me, one of the most gorgeous experiences in the whole of recorded music. I'll leave it at that. 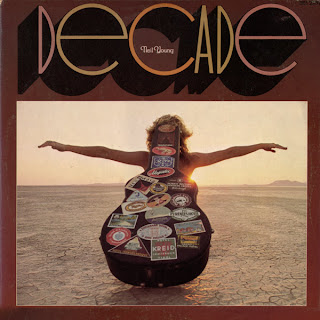 Neil Young, more than any other artist working in any media, has consistently collided with my life in the most telling and enduring way and it would be unthinkable not to have something from him in this list. I've seen the man, live, on several occasions and his music has always seemed to be present at significant times for me.
He has been the most rewarding and the most frustrating of musicians through his checkered career. This is the man who brought us the unforgivable Trans but also stood almost alone, from his generation, in his recognition of Punk as an important musical and political voice.
Decade is a collection of 35 of Neil's songs recorded between 1966 and 1976 and reflects most of his musical collaborations and political ideas during that time. It is essential listening. 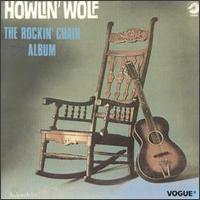 I've written earlier on this Blog about The Wolf and Going Down Slow, which is one of the tracks on this album. I am of the opinion that Muddy Waters was the greatest of the post-war blues men and his influence on popular music is well documented. But I do not believe that Muddy made an album as great as this one.
9 of the tracks were penned by Willie Dixon and include such staples as Spoonful, The Red Rooster and Back Door Man.
Listening to this album is a seminal experience and The Wolf brings everything he has to the microphone. If I had to own only one blues disc, this would be it. 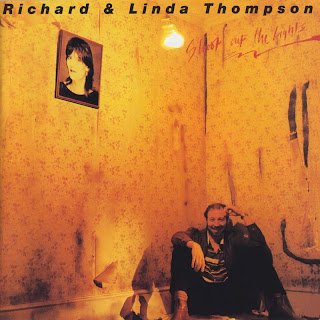 This was the final album that this husband and wife team were to make together. Shortly after its release, the couple separated and Richard commenced a new relationship with Nancy Covey, who he'd met the previous year in the States. Much has been written about the content of this album and its reflection of the Thompsons' failing marriage. But most of the material, including Don't Renege On Our Love, had been written some two years earlier.
Whatever the ironies, the music is extraordinary. Richard's stinging fusion of folk/jazz styles and Linda's always achingly vulnerable vocals are brilliantly combined to best effect by Joe Boyd's austere production. At times the tension seems relentless as this bleakly beautiful album gives up its bitter treasures.

So, those are the 5 that made it to the podium. It was, as you may expect, difficult to select 5 from so many but I'm pretty sure I got it about as right as I could. Try it yourself in the safety of your own home.
Posted by Alan Stuart at 3:31 PM