Will The Real Te Papa Please Stand Up? 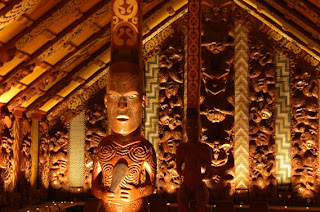 There's been quite a lot of tub-thumping going on recently about Te Papa and its supposed failure to satisfy the needs of art-lovers everywhere. The likes of Sir Wira Gardiner, Chris Parkin and Rosemary McLeod have been touting the prospect of a new national gallery so that more art is on show rather than languishing in the capacious vaults of Te Papa Tongarewa.
These demands for more art seem to me to be redolent of the Monty Python sketch where a repellent slacker family mindlessly demand 'more beans'. 'We've lost the old museum', We want to see the Goldies', 'We can't find our way to the fifth floor', they complain. Aided and abetted by Chief Executive, Mike Houlihan who, unwisely I believe, said he felt that art had been relegated to the attic. 'More art', 'More beans', More art', More beans' they chorus.

Factually, Te Papa displays significantly more art than Buckle Street ever did and many, many more people see it than ever visited the old gallery. So, what's the problem? It appears to be that there's a need for a dedicated 'art only' facility.
When I worked at Te Papa, there were these staples of everyday life known as the 'corporate principles' One of them was that 'Te Papa is bi-cultural'. Any new business proposal put up for consideration had to satisfy the outcomes determined by the mission statement and its corporate principals. Te Papa was there to tell the story of New Zealand and to make that telling accessible to visitors. The context of that challenge had to be bi-cultural if Te Papa was not to wilfully revise history.
At that time, and still - to the best of my knowledge - Te Papa was the only bi-cultural museum or gallery in the world. We all knew that presenting the bi-cultural face to the world would be difficult. There were tensions between the Treaty partners but most people subscribed to the initiatives and strategies that were developed to promote the bi-cultural principle. And. of course, some didn't. Their opposition was often passive and occasionally, aggressively active and found its reflection in some of Te Papa's external critics. 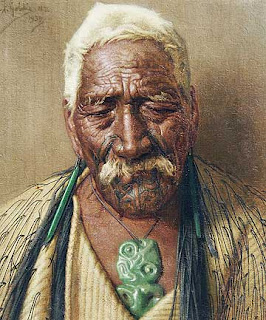 What some of those critics want, I think, is their biculturalism patronisingly painted, safely framed and hung on a wall somewhere to be admired and clucked over. More importantly, if its removed from its bi-cultural context altogether, it once more becomes the preserve of the educated middle classes and at less risk from the inquisitive eyes and hands of those with their caps on back-to-front.
So, here's a question for you; 'What's so special about art that it needs a separate gallery?' And in any event, if excellence is the criterion, there simply isn't enough good art in the Te Papa collection to justify and sustain a full-time exhibition gallery.
And, while I'm in the mood, here's another very important question; 'What's any of this got to do with Te Papa's chairman?' His and the Board's role is governance -  not operations. The State Services Commission needs to remind the Boards of Crown Owned Enterprises that they're not supposed to choose the carpet, they're supposed to discharge their fiduciary responsibilities, that's all.